Forest fires are a common natural disaster within western North America and pose a serious risk to many communities both nearby due to direct danger of the fire, as well as far away in the form of air pollution. Currently, in many places, some form of government employee will be in charge of looking out for forest fires and once identified, satellites and computer programs can be used to track its progression and predict where the fire will spread and where the smoke cloud will go. This allows us to evacuate individuals who may be in danger and minimize loss of life. However, the individuals looking out for forest fires are normally few and far between, and forest fires are often able to grow quite large before they are noticed. One such method being pursued by the Environmental Protection Agency (EPA) is the use of remote sensors. To promote the development of such sensors, they held the wildland fire sensors challenge. This challenge required a rugged sensor that could be set up in a remote location and measured:

Table 1. and Reaction 1. below indicate the sources of the EPA’s sensor parameters and their potential health and/or environmental effect.

Table 1. Sources and health/envionmental effects of air pollutants identified by the EPA as being essential to detecting forest fires

Reaction 1. The combustion of methane which has the same product as the burning of wood

While the PocketLab Air does not meet all of the standards of the EPA’s wildland fire sensors challenge it includes many of the sensors required for the early detection of forest fires missing only the carbon monoxide sensor. The sensor on the PocketLab Air are listed below with the bolded indicating they are on the EPA’s wildland fire sensors list and italicized indicating they could be useful in forest fire detection

Try testing the PocketLab Air as a forest fire detection system yourself by safely concentrating a small amount of smoke in a small area. 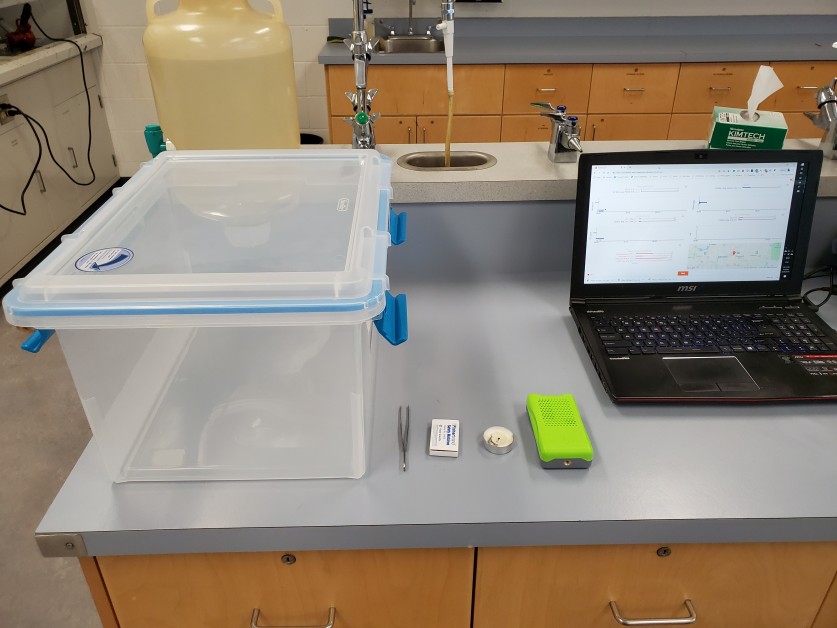 Visualizing the components of smoke

the small amount of flame for a short period involved will cause a negligible change in relative humidity, temperature, and barometric pressure. 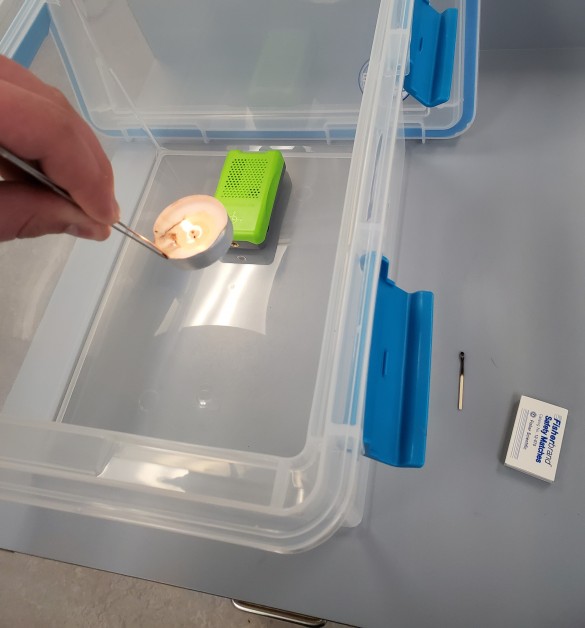 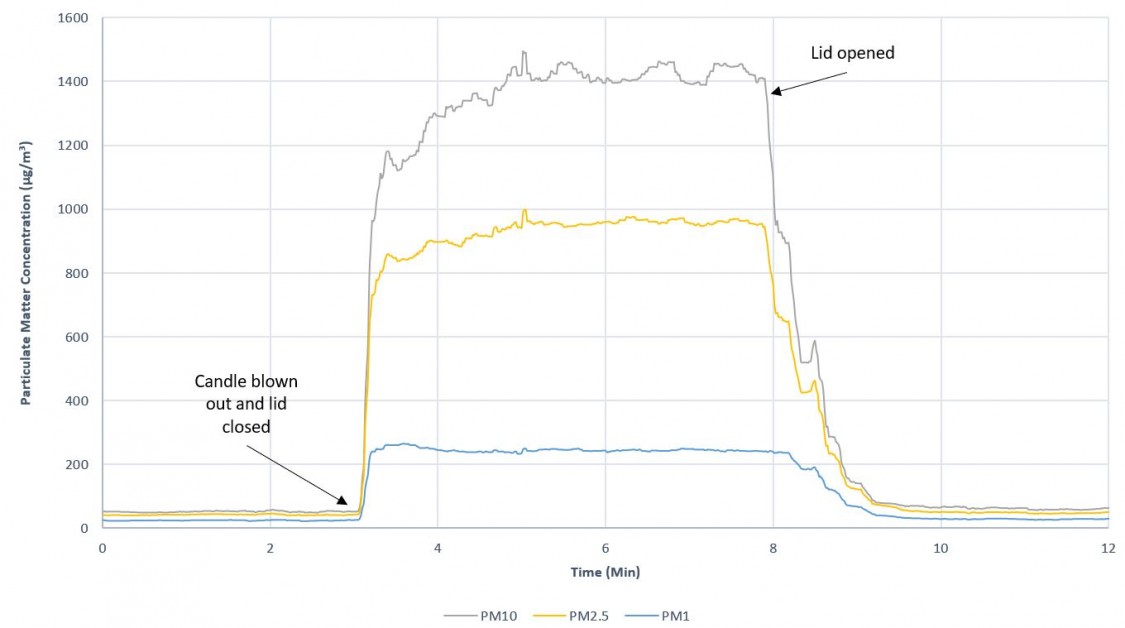 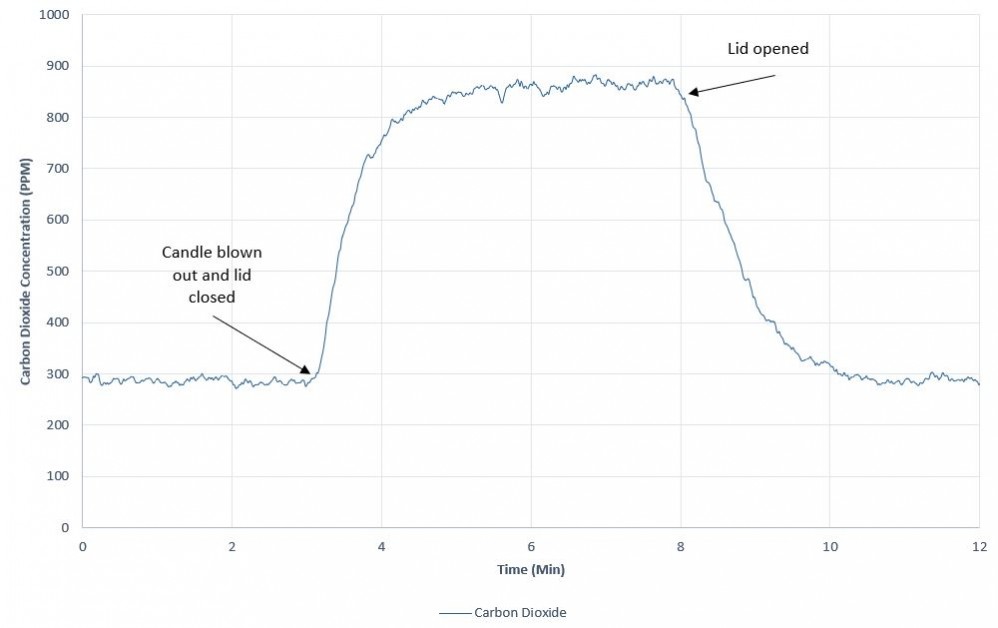 Testing safe limits for the sensor

Forest fires are both a natural process as well as a natural disaster. Many ecosystems require forest fires for the next generation of plants to grow The most obvious effect is the loss of the old growth which gives plants the space to grow, access to sunlight, as well as allowing them to draw on nutrients from the ash. However, forest fires are even more ingrained into ecosystems than previously thought as many plants will only germinate after a fire has occurred either by sensing heat or due to a chemical trigger from the smoke.(1) However, as we all know, forest fires are a destructive natural disaster which threatens nearby homes, industry, infrastructure, and organisms; luckily due to modern technology, like satellite imaging, people can easily be notified in time to evacuate minimizing the loss of life from forest fires. Unfortunately, forest fires have a broader reach than the flames themselves in the form of air pollution which includes: particulate matter (PM), sulfur dioxide, nitrogen oxides (NOx), ozone,   carbon monoxide, and carbon dioxide.(2) Forest fires can be started by human activity or from natural sources such as lightning. While forest fires themselves are not caused by climate change their frequency will be affected by it as extreme weather events become more frequent, and the climate becomes warmer and dryer in effect lengthening forest fire season. This could act as a positive feedback loop as climate change increasing the frequency of forest fires would lead to the loss of the forests ecosystem services including the storage of carbon which is the carbon dioxide in the smoke.

Particulate matter is made up of solid and liquid aerosols, and it is categorized by diameters of 10 µm and less, 2.5 µm and less, and 1 µm and less (PM10, PM2.5, and PM1 respectively). PM10 is small enough to enter the lungs, while PM2.5 is small enough to enter the bloodstream. Beyond the penetrating size of PM, the species that make it up or the molecules that collect on their surface can have their own health hazards making even small PM concentrations potentially dangerous.(3)  Common species found among particulate matter include sulfate, nitrate, ammonia, sodium chloride, black carbon, minerals, dust, and water vapour.(4)

Sulfur dioxide is a minor factor as it is produced in small amounts unless the fire involves peat or musk soil.(2) While it is a respiratory irritant, its unpleasant smell and possibility to form acid rain is often a bigger concern.

The production of nitrogen oxides requires higher temperatures than most forest fires reach.2 However, if produced it can lead to acid rain.

Carbon dioxide, along with water vapour, is what allows us to live within a comfortable temperature range through the greenhouse effect. However, when carbon dioxide levels increase so does the greenhouse effect which causes more warming. The carbon stored in wood as organic compounds when burned forms carbon dioxide. A single forest fire is not a large enough source to have major effects, as carbon dioxide is involved in many natural cycles and has significant sinks(natural places that it is stored). However, all the natural and human sources added together are significant enough that we are seeing carbon dioxide levels rise globally and along with the average global temperature as well; this is climate change. The current ambient concentration of carbon dioxide is 410 ppm and it was just below 320 ppm in the 1960s which is the most rapid change seen in Earth’s history. 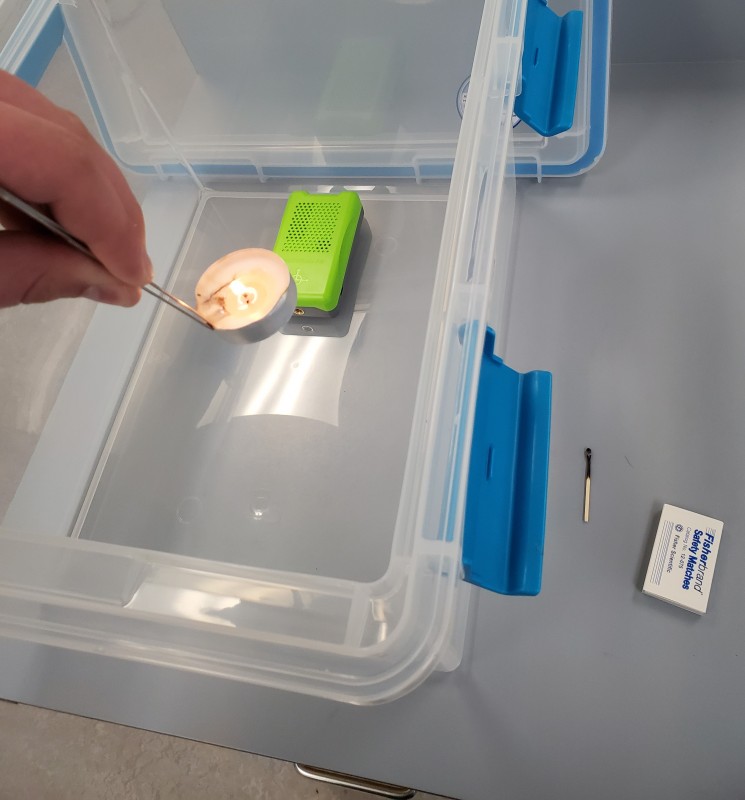