If you push a chair across a floor, you are exerting a force on the chair. If you then drag the chair across the floor by pulling on it, you are also exerting a force on the chair. You can think of forces as a push or a pull acting on an object. Kicking a soccer ball, pulling a wagon, throwing or catching a baseball, jumping off the ground, these are examples of contact forces. When a force is exerted on an object, that object will either move or not move. What decides whether that object will move and how quickly will it move? That question can be answered with this  Newton's First and Second Law of Motion lesson plan.

Newton’s First Law of Motion: An object at rest will remain at rest unless acted upon by an UNBALANCED NET force.

Newton’s Second Law of Motion: The change in an object’s motion is proportional to the force acting on it.

Students will be able to:
-Design and carry out an investigation into Newton’s First Law of Motion and Newton’s Second Law of Motion.
-Answer the Investigation Question by determining how changes in pulling forces (hanging weights) affect the motion of a cart (does the cart move? does it speed up, slow down, stay the same?)

How do changes in pulling force affect the motion of an object?

What do you predict the answer to the Investigation Question will be? Explain using your own prior knowledge or information from the Background Information section.

Procedure: Plan and Carry Out an Investigation

Your investigation will measure the motion of a cart as it is pulled across a table by the hanging weights.

Your procedure will need a step-by-step guide of how your group will answer the Investigation Question.

In your procedure, be sure to answer the following questions:

Follow your procedure for analyzing the results of each Trial and Run then answer the following questions:

Claim
Was your hypothesis valid or invalid? How do changes in pulling force affect the motion of an object?  How does this relate to Newton's First Law and Second Law of Motion?

Evidence
How does your analysis of the collected data support your claim?

Justification of Evidence
What scientific concepts or principles can explain the evidence? 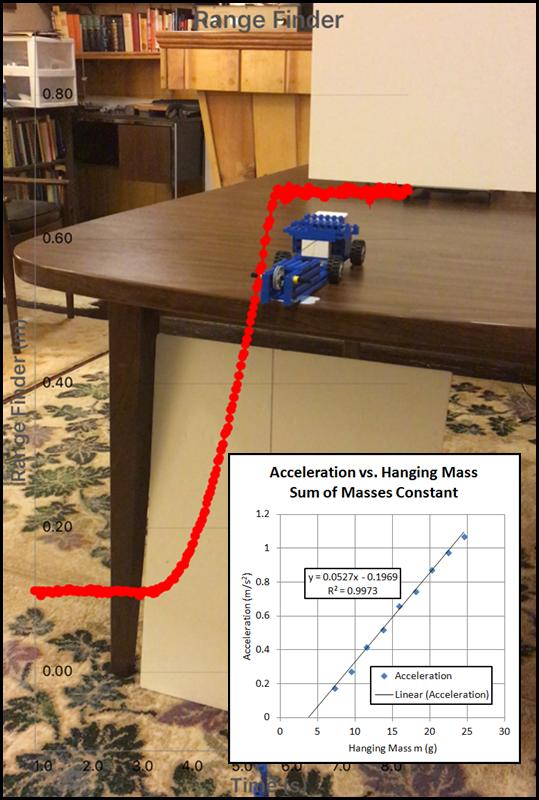