The Half-Atwood Machine consists of a cart and a weight connected by a string. It can be a perfect tool for tackling NGSS MS-PS2-2, which is centered around planning an investigation into Newton’s Second Law. Specifically, the standard says:

Plan an investigation to provide evidence that the change in an object’s motion depends on the sum of the forces on the object and the mass of the object.

While the dynamics of a Half-Atwood machine can be fairly complex (as shown in the image), they also simplify for an easy investigation into Newton’s Second Law. The cart is placed on a table and the weight hangs off the edge of the table. When the weight is released, the cart zooms across the table and a PocketLab (or another sensor with an accelerometer) can measure the cart’s acceleration.

Students can then plan out investigations into Newton's Second Law where the mass of the Half-Atwood Machine and the net force can be manipulated to see how the acceleration is affected.

The PocketLab Educators page has a number of Half-Atwood Machine experiments involving Newton's Second Law for you to try.

Possible carts to use 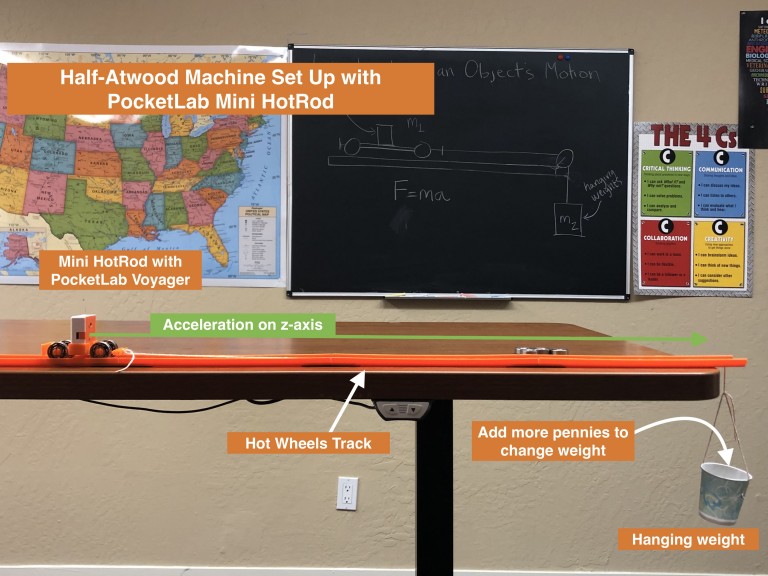 NGSS Alignment - MS-PS2-2
Plan an investigation to provide evidence that the change in an object’s motion depends on the sum of the forces on the object and the mass of the object.

Science & Engineering Practices
Planning and carrying out investigations
Plan an investigation individually and collaboratively, and in the design: identify independent and dependent variables and controls, what tools are needed to do the gathering, how measurements will be recorded, and how many data are needed to support a claim.

Cross Cutting Concepts
Stability and Change
Explanations of stability and change in natural or designed systems can be constructed by examining the changes over time and forces at different scales.

NGSS Alignment - HS-PS2-1
Analyze data to support the claim that Newton’s second law of motion describes the mathematical relationship among the net force on a macroscopic object, its mass and its acceleration.

Cross-Cutting Concepts
Cause and Effect
Empirical evidence is required to differentiate between cause and correlation and make claims about specific causes and effects. 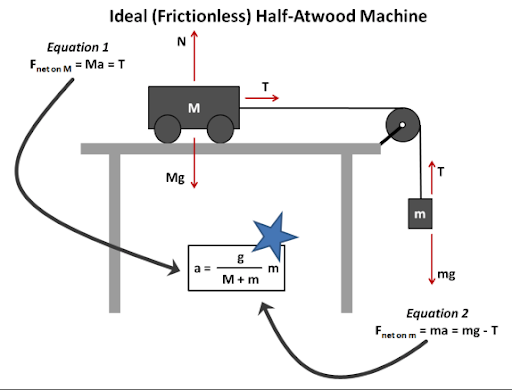