How much Carbon Dioxide do you Produce? (MS-ESS3-4 )

It is almost instinctive when you first get the PocketLab Air to breathe directly on it just to see what happens. As seen below, of the PocketLab Air's seven sensors, five of them detect changes from a direct human breath. These parameters are carbon dioxide, particulate matter, temperature, humidity, and pressure. The most interesting of these is the sharp rise in carbon dioxide which, as the most important greenhouse gas, brings about strong connections to the topic of climate change. However, due to the carbon dioxide from a direct breath often maxing out the sensor and the lack of a definite volume for the parts per million reading, this value is not of much use beyond visualizing that we breath out carbon dioxide.

Alternatively, breathing into a box with the PocketLab Air inside and then sealing the box will not only dilute the additional carbon dioxide but also provide the definite volume we need to make parts per million a meaningful value. Rather than the carbon dioxide readings maxing out, you should see a steady plateau in the readings, as long as your box is well sealed. Additionally if in a low humidity environment, you may see a noticeable change in humidity. Below are the carbon dioxide and humidity data from a large breath into a 30 L container and the carbon dioxide data from a normal breath

The carbon dioxide increase is due to Cellular Respiration which you can learn more about in the What is Cellular Respiration? Experiment. Once a student has seen the effect their breath has had on a sensor you can put their production of carbon dioxide into the context of fossil fuels. hand them a 1 kg weight and have them guess how long it would take for them to breathe out an equal mass of carbon dioxide. The answer is one day for an average adult (US  EPA). However, this varies greatly with age, activity levels, and health due to lung volume and respiratory rates (HealthLine). Next, have them guess how long it takes a car or a plane to produce the same mass of carbon dioxide. The values modelled by PocketLab and King's Centre for Visualization in Science (KCVS )can be found below.

This means globally our population of 7.8 billion people produces 2.8 gigatonnes of carbon dioxide each year. and with a conservative estimate of 1.2 billion cars all at the US average efficiency of 24.9 mpg each driving 13, 000 miles every year that is 6.6 gigatonnes of carbon dioxide every year over double the amount from humans breathing. Planes on the other hand at 4 trillion passenger miles only amount to 0.5 gigatonnes. The relatively small amount is largely due to planes being a luxury form of transportation especially outside of the developed world. These global values move away from our easily identified with kg scale. To give a sense of scale a gigatonne is equal to a petagram which is 1 x 1012 kilograms. These calculations can be found in the expert level files. The sources we have listed so far account for only 9.9 Gt of carbon dioxide each year, but the total human-introduced carbon dioxide is 37 Gt/year. This is still not including natural sources of carbon dioxide such as other organisms performing cellular respiration or natural disasters such as volcanoes or forest fires.

Trees use carbon dioxide in photosynthesis and a large amount of carbon is incorporated into their structures. Worldwide the 40 million km2 of trees absorbs 9.25 Gt of carbon dioxide each year. However, currently deforestation is outpacing tree planting and so we are losing 0.01 Gt worth of carbon storage from the per year value. However these trees entire lifetimes are removed from the carbon storage calculation which over the average 100 year lifetime of the trees adds up to a potential of 1.4 Gt of carbon dioxide storage being lost each year. These calculations can be found in the expert level files.

Getting Meaningful Math into the Classroom

Simply follow the above discussion and if you want to use the introductory excel sheet to have students explore what happens as values are changed.

Walk your students through the calculation process with a worked-out example, and then use the filled-in Excel Workbook to explore what happens as values are changed.

Have your students work through the calculations with the provided values and calculations.

Have your students research their own values to work through the provided calculations.

There is a substantial increase in difficulty in the breath calculations meaning you may want to mix and match different levels.

This one drive link has all of the required files

Carbon dioxide is one of the most common greenhouse gases on earth, and although its atmospheric lifetime is variable, it can often last for hundreds of thousands of years if not dissolved in the oceans. For this reason. it is a common metric for climate change and many climate change activists target its reduction as their main goal. This is why the petrochemical industry, which produces most of our gasoline and jet fuel, is often the target of these activists. But if humans, as shown by your breathing on the PocketLab Air, themselves, and therefore all organisms that perform cellular respiration are producing so much carbon dioxide then why do we worry so much about the increase from the burning of fossil fuels? The difference between the two sources is that cellular respiration and our breathing out carbon dioxide is a part of the natural carbon cycle, which has natural sinks to account for this production in the form of biomass, such as trees, and the oceans. The burning of petrochemicals, on the other hand, is releasing carbon, in the form of carbon dioxide, that has been stored up for millions of years in prehistoric plants and releasing it all in a very short period. The natural sinks that balance out the carbon cycle are not sufficient to deal with this increase, especially due to the deforestation we are causing. For this reason, this experiment is not meant to cause concern over organisms (including humans) breathing, but instead put into context our current release of carbon dioxide into the environment. If you wish to explore this topic further and see how our current technologies can be used to minimize our effects on the climate check out KCVS' Climate Reduction Simulation where these calculations originated from. 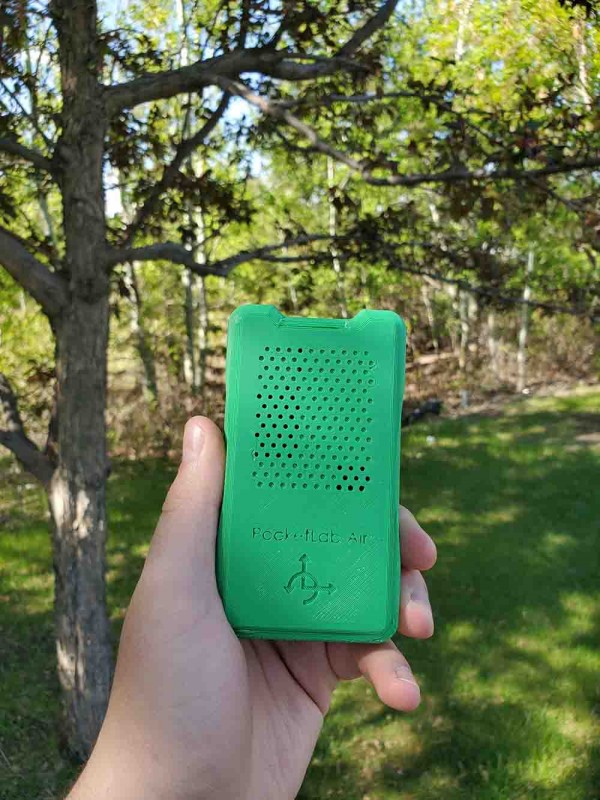