How does a Pressure Sensor Work - Physics of Probeware

Pressure sensors are one of the most widely used sensors and can be found in probeware for lab measurements, but more commonly in billions of devices including smartphones, wearables, automobiles, drones, weather centers, and medical instruments. Pressure sensors were one of the first sensors to be miniaturized and mass produced at a low cost through microelectromechanical systems (MEMS) fabrication.

This article will explain:

You can investigate these concepts on your own using:

The mathematical equations for calculating the displacement, stress, or strain in the membrane are fairly complex. With some assumptions about geometry and operating conditions, you can simplify the calculations. To learn more check out these resources:

In order to measure the displacement of the membrane, we can put the sensor into a capacitive measurement circuit. Electrodes are built into the top membrane and the bottom surface of the reference cavity. These electrodes act as a parallel plate capacitor. The capacitance between the plates is equal to C = eoer*A/d

Where e0 is the electrical permittivity of free space, er is the relative permittivity, A is the area of the plate, and d is the distance between the plates. As the membrane deforms, the distance, d, decreases, which increases the capacitance. A variety of electrical circuits can be used to convert the change in capacitance to a change in voltage which can be measured and converted into a digital signal.

The second electrical measurement method is to measure the strain in the membrane. Any conductive material, like metal, will change resistance when a stress or strain is applied to it. These devices are appropriately called strain gauges. Semiconductor materials, like doped silicon, experience a large change in resistance due to strain because of a material property called, piezoresistance. A large change in resistance is helpful for the sensor design, so most modern pressure sensors use a piezoresistive strain gauge to convert the mechanical forces into electrical changes.

The BME280 is an integrated environmental sensor from Bosch that contains a pressure, humidity, and temperature sensor. The pressure sensors is fabricated in a MEMS process and uses piezoresistors to measure the pressure induced strain in a square membrane. In the electron microscope image below, you can see the large square silicon chip on the bottom is the pressure sensor and the smaller rectangular chip is the humidity sensor. The scale bar on the image is 200 um long, so the pressure sensor is roughly 800 um x 800 um. In the highest resolution setting, the BME280 can measure just 0.2 Pa of pressure change, which is equivalent to 1.7 cm of altitude change! That’s impressive for a device that’s not even 1 mm squared in size.

Most high-end smartphones since the Samsung Galaxy S4 era have included a MEMS pressure sensor in their suite of onboard sensors to go along with the accelerometer, gyroscope, magnetometer, and light sensor. This accounts for hundred of millions of pressure sensors globally. The main application in smartphones is to augment GPS navigation data for additional altitude measurements.

There are hundreds more applications of pressure sensors in industrial, medical, consumer, and instrumentation applications.

The graph below shows a pressure wave created by opening a door in an office measured with a differential pressure sensor. To learn more go to the Sensirion Lab page here. 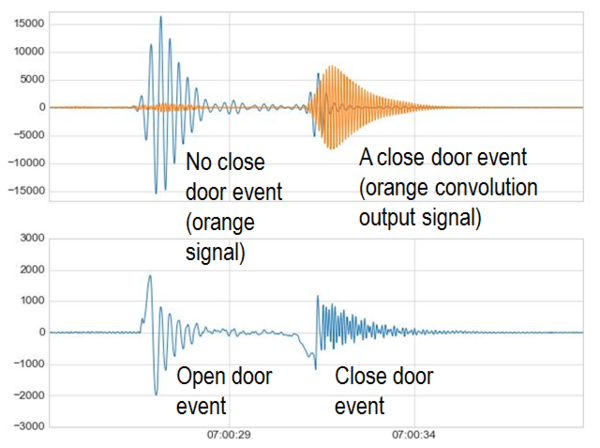