How does an Accelerometer Work - Physics of Probeware

You can investigate these concepts on your own using:

At the core all accelerometers contain five essential elements: 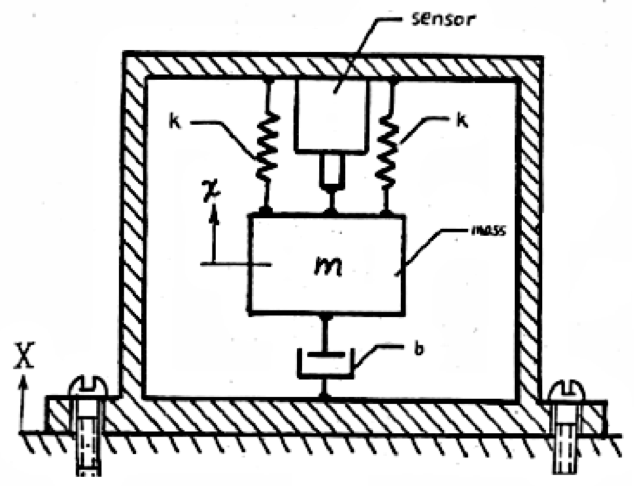 What types of things are accelerometers good at measuring?

What types of things are accelerometers bad at measuring?

For a few reasons, errors in the accelerometer data will propagate and grow when integrated.

Here's a great lecture from InvenSense, the makers of many widely used accelerometer and IMU components, talking about the integration error that propagates over time: Youtube link.

Summing the forces on the proof mass and rearranging the typical second order characteristic equation, we get the expression for Z being equal to the equation below:

Where, m is the mass of the proof mass, w is the frequency of motion, k is the spring constant, b is the damping coefficient, and the i term shows that the solution is complex with possible imaginary terms. For a second order system we can calculate the natural frequency w0 as

We can examine the transfer function for a few values of the terms to understand what happens to our system.

The plot below shows how the proof mass displacement, Z, changes vs. frequency for various amounts of damping. 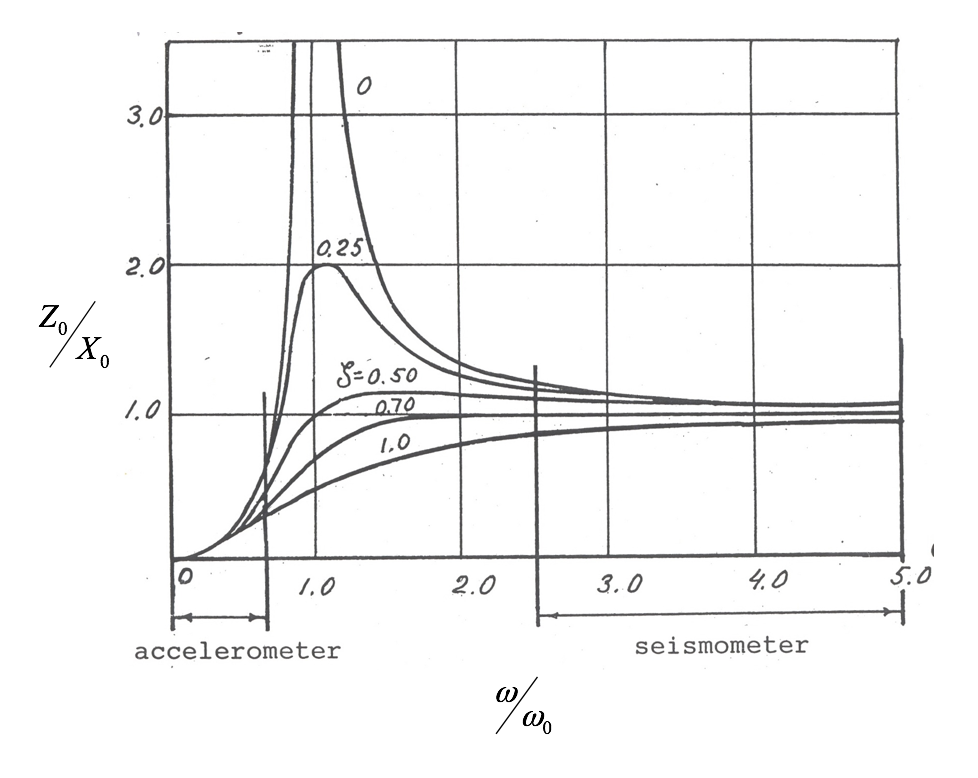 Modern accelerometer designs have many rows of the capacitor plates that function in parallel to increase the amount of capacitance change per unit of displacement of the proof mass. The scanning electron microscope image shows the proof mass and capacitive plates of an ST Micro accelerometer that is commonly used in smart phones and wearable devices.

For more information about accelerometers check out the presentation attached as a .pdf file to this article.